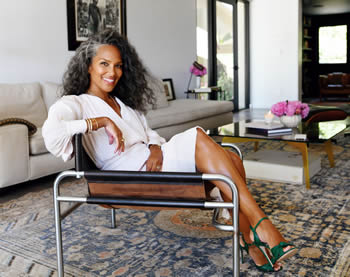 In 2021, Brock Akil founded the Writers’ Colony Residency to support up-and-coming writers and creatives. That same year, she launched her digital “dézine” (digital magazine), In the Land of Mara, which explores living a creative, intentional life through Brock Akil’s personal essays and thoughtful brand collaborations.

In 2019, she was honored with the prestigious Brandon Tartikoff Legacy Award by NATPE for exhibiting extraordinary passion, leadership, independence, and vision through her contributions to television. In 2017, she was inducted into Northwestern’s Medill Hall of Achievement, and received the distinguished Northwestern Alumni Medal—the highest honor bestowed upon alumni by the Northwestern Alumni Association. Some of her prior accolades include Essence magazine’s Visionary Award, given during their annual Black Women in Hollywood luncheon; and being named to Variety and The Hollywood Reporter’s most powerful showrunner lists, as well as to The Hollywood Reporter’s “Women in Entertainment Power 100” list multiple times.

Brock Akil resides in Los Angeles and is married to fellow writer-producer-director Salim Akil. They have two sons, Yasin and Nasir. 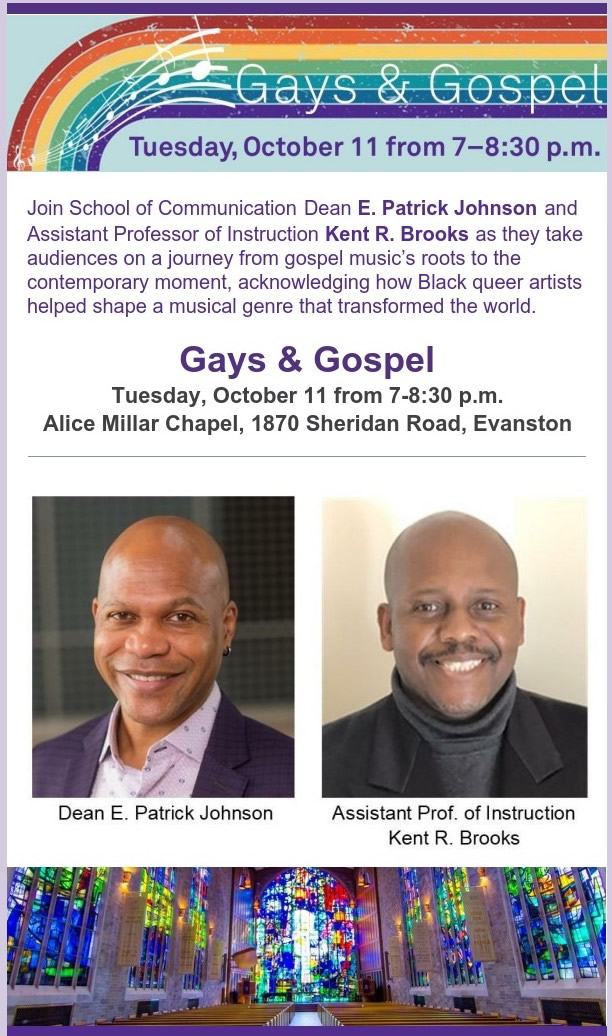 Join School of Communication Dean E. Patrick Johnson and Assistant Professor of Instruction Kent R. Brooks as they take audiences on a journey from gospel music’s roots to the contemporary moment, acknowledging how Black queer artists helped shape a musical genre that transformed the world. 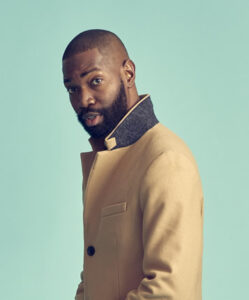 Tarell Alvin McCraney is an acclaimed writer whose script In Moonlight Black Boys Look Blue was the basis for the 2017 Academy Award-winning film Moonlight. Directed by Barry Jenkins, Moonlight won three Oscars, including one for Best Adapted Screenplay by Jenkins and McCraney. McCraney also wrote the film High Flying Bird, directed by Steven Soderbergh, which premiered on Netflix in 2019. His plays include Ms. Blakk For President (co-written with Tina Landau), The Brother/Sister Plays trilogy, Head of Passes, Wig Out!, and Choir Boy, which was nominated for four Tony Awards.

He is chair of playwriting at Yale School of Drama, an ensemble member at Steppenwolf Theatre Chicago, and a member of Teo Castellanos D-Projects.

McCraney currently is working on an original scripted TV series, David Makes Man, for Oprah Winfrey’s OWN Network. The show is produced by Michael B. Jordan and Page Fright Productions. 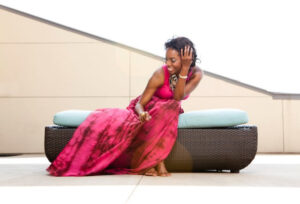 Heather Headley (C97) has been hailed by Billboard as “among the top singers, with a vocal that absolutely astounds with its intensity” and “one of the great entertainers of the day, on record and on stage.” The Tony and Grammy Award winner considers her multifaceted career a blessing.

She was born and spent most of her childhood on the beautiful Caribbean island of Trinidad. In the early 1990s the family moved to the United States, where her love for the arts continued to grow. In 1997 Headley won the role of Nala in the original Broadway cast of Elton John and Tim Rice’s hit Tony-winning musical The Lion King. While still in that production, she was cast in the title role of the writing duo’s next Broadway venture, Aida. Her portrayal of the Nubian princess won critical praise as well as the Tony Award for best actress in a musical, the Drama Desk Award for outstanding actress in a musical, and other prestigious awards. That year she was listed as one of People magazine’s “50 Most Beautiful People” and Essence magazine’s “30 Women to Watch.”

In 2012 Headley made a triumphant, critically acclaimed return to the stage as star of The Bodyguard in London’s West End, where she gained a new overseas fan base. To the delight of audiences and critics, Headley returned to Broadway in 2016 to star as Shug Avery in the Tony-winning revival of The Color Purple. Headley’s 2002 debut album on RCA Records, This Is Who I Am, earned her numerous acco­lades, including Grammy nominations for best new artist and best female R&B vocal performance; the songs “He Is” and “I Wish I Wasn’t” both emerged as top-five R&B and dance chart hits. Headley returned in 2006 with In My Mind, her long-awaited second solo album. As a single, the opening title tune became Headley’s first number-one hit, topping the dance and R&B charts. In 2009 Headley released Audience of One, for which she won the Grammy for best contemporary R&B gospel album. Her 2012 album Only One in the World features songs written by Headley as well as covers of some of her favorite songs.

She has performed on numerous daytime and late night shows, including The View, The Ellen DeGeneres Show, The Tonight Show, and The Late Show. She served as the spokesperson for the March of Dimes and led their “I Want My 9 Months” campaign. Headley has enjoyed roles in the Aretha Franklin biopic Respect as well as Spike Lee’s She’s Gotta Have It and played recurring character Gwen Garrett on Chicago Med. She currently plays the lead role of Helen in Netflix’s original series Sweet Magnolias, the second season of which will begin airing February 4.

Above all, she enjoys her time with her family, her husband, Brian, and their three beautiful children. 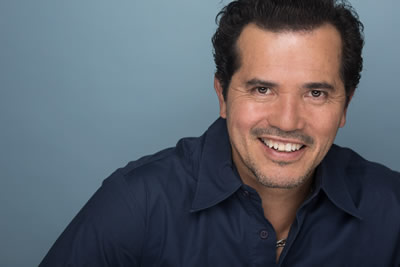 A multi-faceted creator, John Leguizamo has established a career that defies categorization. With boundless energy and creativity, his work in film, theatre, television, and literature covers a variety of genres, continually threatening to create a few of its own.

Leguizamo received a Special Tony Award at the 2018 Tony Awards after wrapping an extended Broadway run of Latin History for Morons, his latest one-man show, delivering his take on 500 years of Latin History spanning the Aztec and Incan Empires to World War II.

Recently, John earned both a Critic’s Choice and Emmy Award nomination for his role as Raymond Santana Sr. in the Netflix series When They See Us, and an Emmy nomination for his role in the Paramount Network television series Waco alongside Taylor Kitsch and Michael Shannon. His directorial debut, Critical Thinking, was selected to premiere at SXSW Film Festival. He will also appear in Barry Levinson’s upcoming film, Harry Haft, alongside Ben Foster and Danny Devito.

Leguizamo has garnered numerous other accolades throughout his career including an Emmy Award, a Drama Desk Award, as well as nominations for Tony Awards and Golden Globes.

Mr. Leguizamo’s film credits include, but are not limited to: Carlito’s Way, To Wong Foo: Thanks for Everything Julie Newmar, Romeo + Juliet, The Pest, Moulin Rouge!, Summer of Sam, The Lincoln Lawyer, and The Ice Age franchise.

Leguizamo currently resides in New York City with his wife and two children. 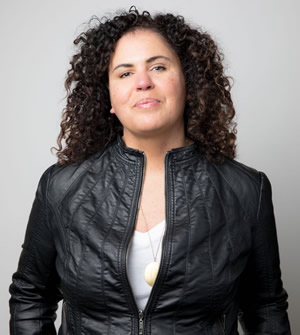 Dr. Safiya Umoja Noble is an Associate Professor at the University of California, Los Angeles (UCLA) in the Department of Information Studies where she serves as the Co-Director of the UCLA Center for Critical Internet Inquiry. She is the author of a best-selling book on racist and sexist algorithmic bias in commercial search engines, entitled Algorithms of Oppression: How Search Engines Reinforce Racism (NYU Press), which has been widely-reviewed in journals and periodicals including the Los Angeles Review of Books, and featured in the New York Public Library 2018 Best Books for Adults (non-fiction).  She is regularly quoted for her expertise on issues of algorithmic discrimination and technology bias by national and international press including The Guardian, the BBC, CNN International, USA Today, Wired, Time, Full Frontal with Samantha Bee, The New York Times, and Virginia Public Radio, and a host of local news and podcasts, including Science Friction, and Science Friday to name a few. Safiya holds a Ph.D. and M.S. in library and information science from the University of Illinois at Urbana-Champaign, and a B.A. in sociology from Fresno State University. 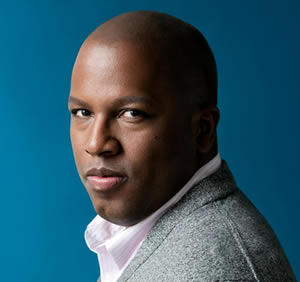 Michael R. Jackson‘s 2020 Pulitzer Prize and New York Drama Critics Circle winning A Strange Loop (which had its 2019 world premiere at Playwrights Horizons in association with Page 73 Productions) was called “a full-on laparoscopy of the heart, soul, and loins” and a “gutsy, jubilantly anguished musical with infectious melodies” by Ben Brantley for The New York Times, and “exhilarating and wickedly funny” by Sara Holdren for New York. In The New Yorker, Vinsom Cunningham wrote, “To watch this show is to enter, by some urgent, bawdy magic, an ecstatic and infinitely more colorful version of the famous surreal lithograph by M. C. Escher: the hand that lifts from the page, becoming almost real, then draws another hand, which returns the favor.”

As a songwriter, he has seen his work performed everywhere from Joe’s Pub to NAMT. In addition to A Strange Loop, he also wrote book, music and lyrics for White Girl in Danger; and lyrics and book for the musical adaptation of the 2007 horror film Teeth with composer and co-bookwriter Anna K. Jacobs. Awards and associations include: a New Professional Theatre Festival Award, a Jonathan Larson Grant, a Lincoln Center Emerging Artist Award, an ASCAP Foundation Harold Adamson Award, a Whiting Award, the Helen Merrill Award for Playwriting, a New York Drama Circle Critics Award, an Outer Critics Circle Award, a Drama Desk Award, an Obie Award, an Antonyo Award, a Dramatist Guild Fellowship and he is an alum of Page 73’s Interstate 73 Writers Group. He has commissions from Grove Entertainment & Barbara Whitman Productions and LCT3 and is newly-elected member of the Dramatists Guild Council.

Mr. Jackson’s virtual visit is supported by the Hope Abelson Artist-in-Residence program, which was established at the School of Communication in 1990 through a generous gift from Hope Altman Abelson.

This event is presented in partnership with the Department of Theatre and the Black Arts Consortium. 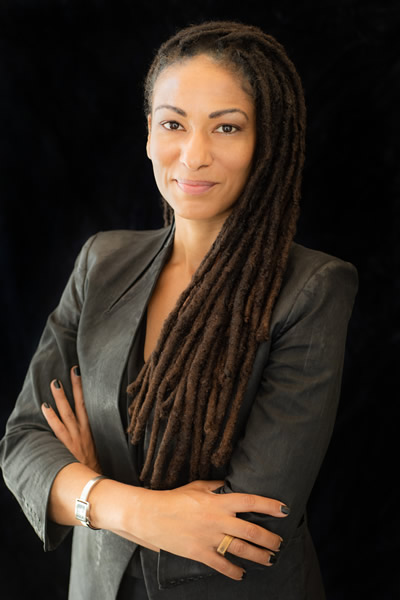 Ruha Benjamin is a professor of African American Studies at Princeton University and author of People’s Science: Bodies and Rights on the Stem Cell Frontier and Race After Technology: Abolitionist Tools for the New Jim Code and editor of Captivating Technology. She has studied the social dimensions of science, technology, and medicine for over fifteen years and speaks widely on issues of innovation, equity, health, and justice in the U.S. and globally. Benjamin is the recipient of many awards and honors, including the 2017 President’s Award for Distinguished Teaching at Princeton as well as the Brooklyn Public Library’s 2020 Nonfiction Prize for Race After Technology. 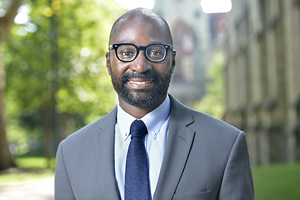 Dean E. Patrick Johnson is pleased to invite you to attend his inaugural

Dialogue with the Dean

John L. Jackson, Jr., is the Walter H. Annenberg Dean of the Annenberg School for Communication and Richard Perry University Professor at the University of Pennsylvania. He was previously Dean of the School of Social Policy & Practice and Special Adviser to the Provost on Diversity at Penn. Jackson earned his B.A. in Communication (Radio/TV/Film) from Howard University, completed his Ph.D. in Anthropology from Columbia University, and served as a junior fellow at the Harvard University Society of Fellows before becoming Assistant Professor of Cultural Anthropology at Duke University.

Read more about the event.